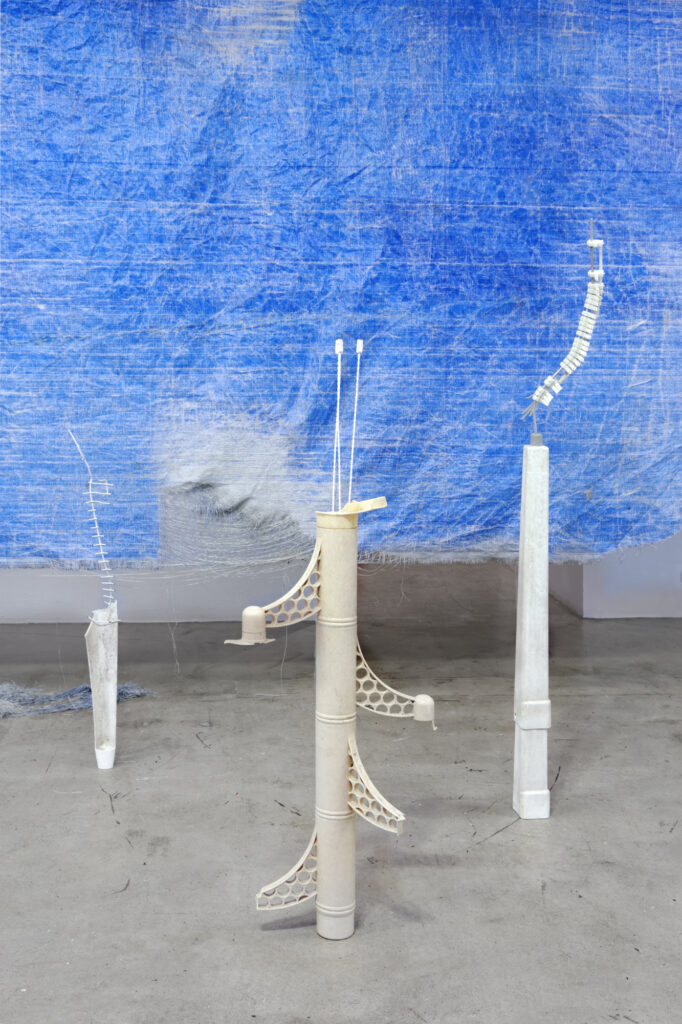 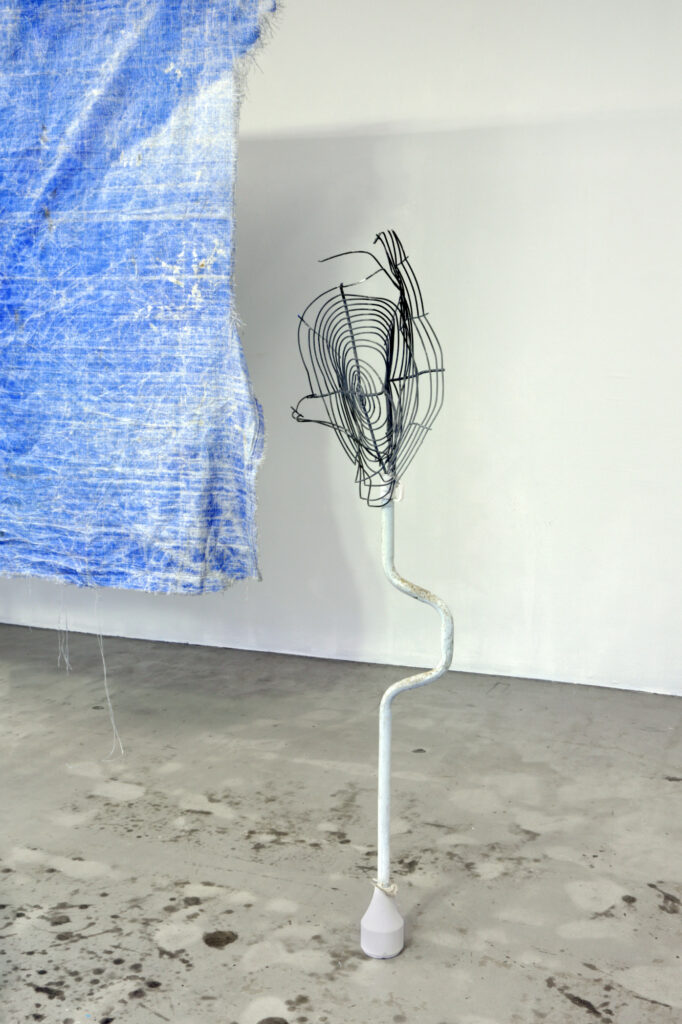 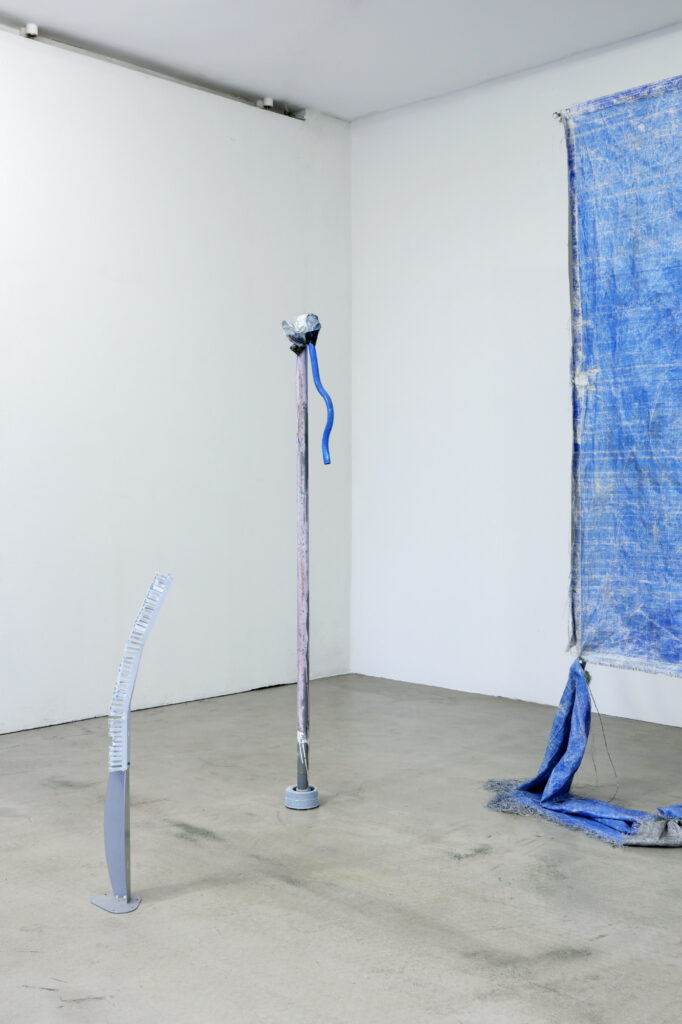 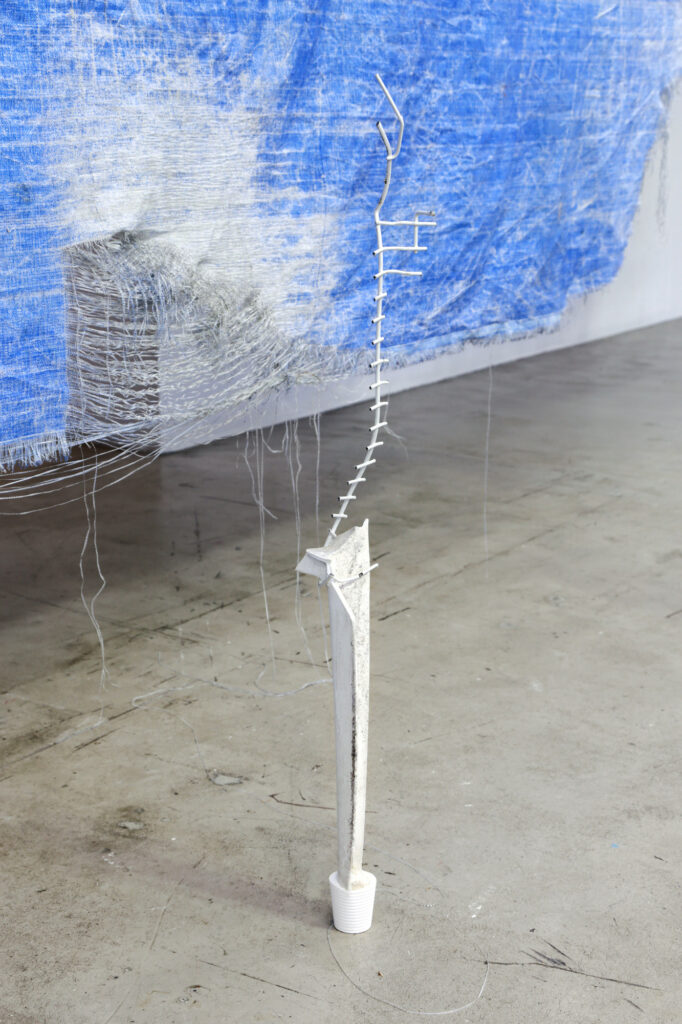 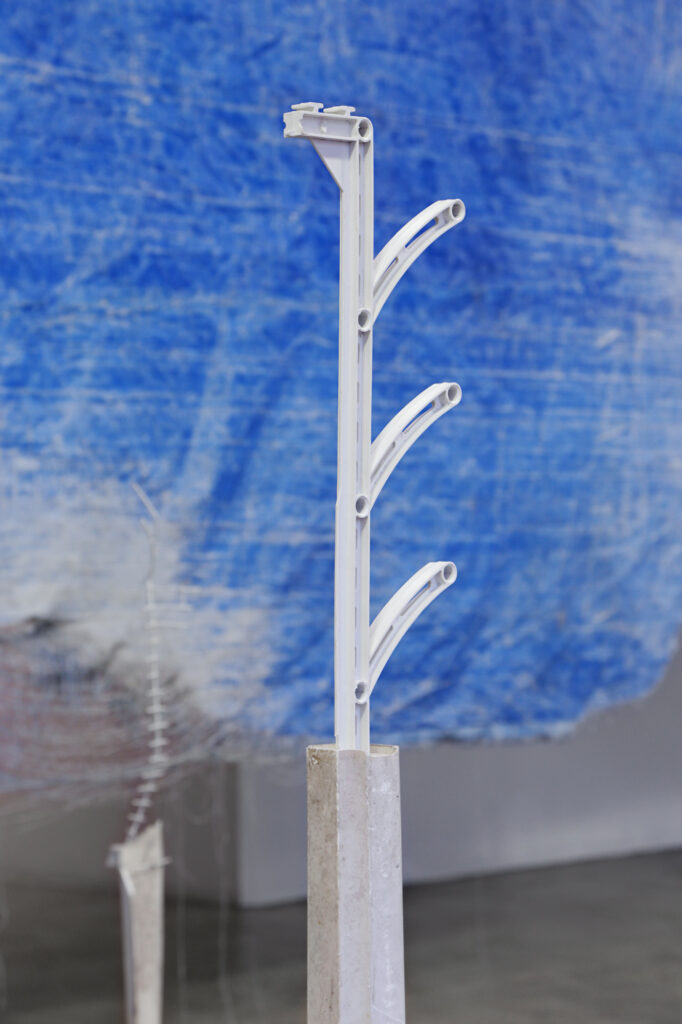 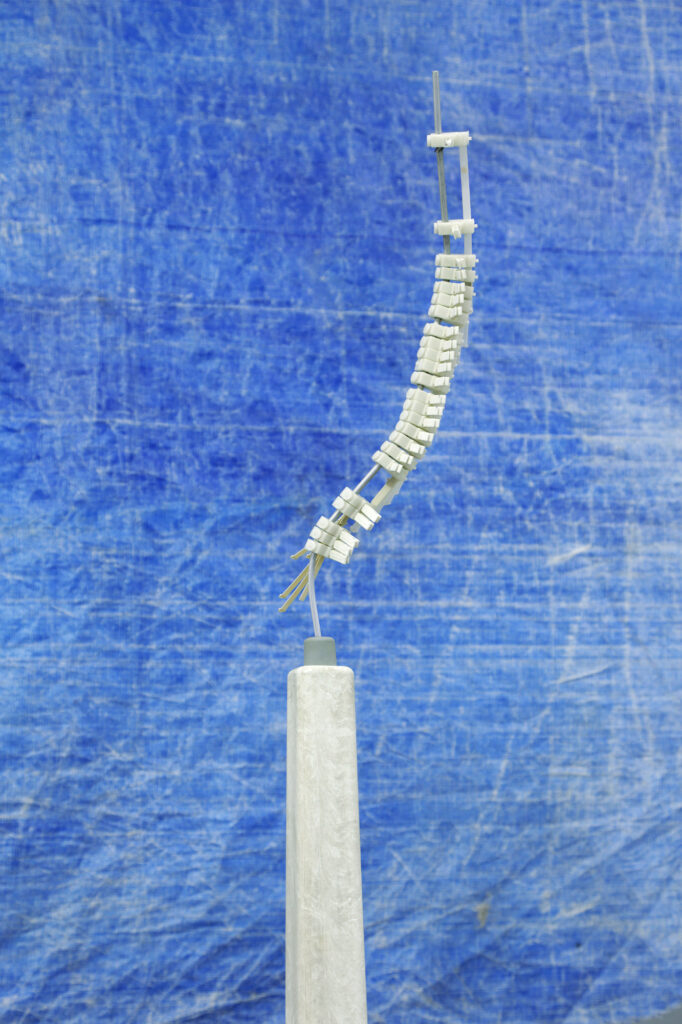 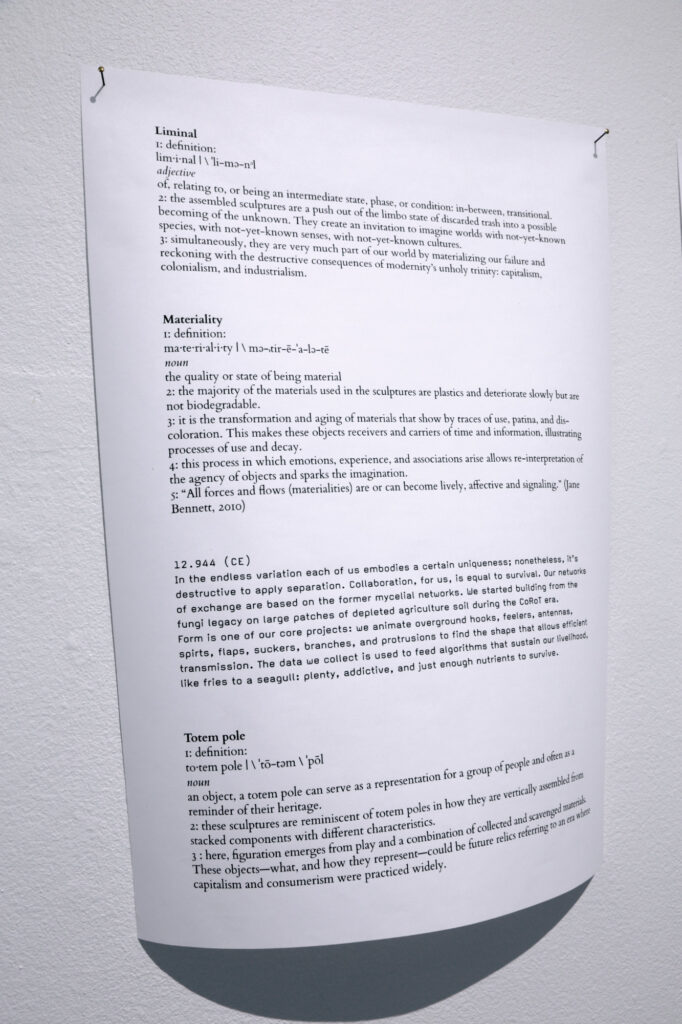 Awake, arise, animate, vegetate, at MUU Gallery was the subsequent chapter of the exhibition Crumple, fail, faint, fall, at Galleri Sinne, where human remnants reflected on a time that has passed. At MUU Gallery the focus shifted to the perspective of non-human sensorial agents re-imagining possible futures without humans. The exhibition consisted of a series of assemblage sculptures made of parts of various found objects and waste materials.

As a contribution to the exhibition, a text by Marjolein van der Loo guided the reader through compendium style definitions of core concepts in Bjarlands’ work. Interspersed between these thematic paragraphs, fictional writings served as log notes from a future world that imagines the agency of human and non-human debris in a post-apocalyptic struggle. An excerpt:

Materiality noun
ma·​te·​ri·​al·​i·​ty | \ mə-ˌtir-ē-ˈa-lə-tē
1: The quality or state of being material.
2: The majority of the materials used in the sculptures are plastics and deteriorate slowly but are not biodegradable.
3: It is, however, their transformation and ageing that shows in traces of use, patina, and discoloration that makes these objects receivers and carriers of time and information, illustrating processes of use and decay.
4: This process proves that the material is not entirely lifeless, and it is exactly this characteristic that sparks the imagination.
5: It is this imagination in which emotions, experience, and associations arise that invites re-interpretation of the agency of objects.

17.562 (CE)
It is the fifth orbit of Jupiter on the search for a signal, and 2 moons since we discovered the fresh gooey shadow marks from the Venus transmission towers on the east side of the bay. Our little Barra was stuck to one of the shadows deciphering possible encrypted messages -talons, suckers, and all gone in goo- so we had to leave them there for the time being.
From the path leading to the bay across the former mining site, there was a pungent smell in the air reminiscent of radio signals but sourer and less melodious. Strong bushes of fiberglass were vegetating both sides of the path and had a seasonal blooming of incombustible bulbs springing up from its lateral branches. In a few moons, on our return, we will see if it makes sense to unplug Barra and take it back home with us.